The Situation in Crimea

The Situation in Crimea

I am swamped with messages–how are things over there?
I decided to answer on the basis of what I’ve seen.
The Tourist Season:
It seems like the tourist season is in full swing, no matter how unpleasant that news might be to Ukraine’s patriots and our liberals. There are lots of people. Maybe now the crowds like in the ’00s, but still far more people than at the same time last year. Far more. I can’t speak for the entire coastline, I haven’t inspected it all. But Yalta and Gurzuf are full. 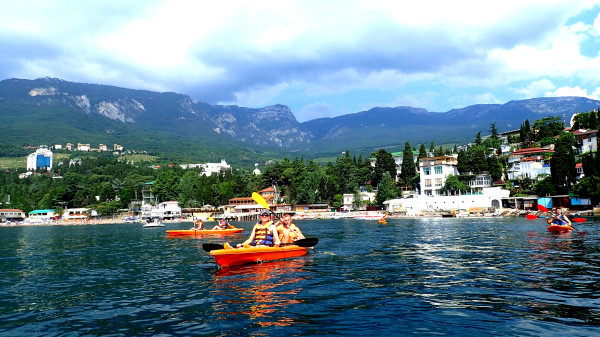 Beaches:
Nothing has changed with the Gurzuf beaches. The Gurov Rocks are still free. Community beaches too. The sanatorium beaches are as empty as always.
Nothing has been closed, everything is as accessible as before.
Many who see closed empty beaches start to curse. Well, they may have the point–the most central beaches are empty and you can’t get there. But they’ve always been that way.

Money:
This is a real problem. Because you have to bring cash with you. Sure, there are many ways and means of transferring money to local banks. But the fact remains that VISA and MasterCard don’t work anywhere. Sanctions. That was a major inconvenience for me.
So, bring cash and don’t hope for a miracle. So far that’s how it is.

The Ferry:
Everyone writes that the ferry is hell. Maybe there will be hell. Maybe it already partly exists. But here’s what I know for a fact:
My friends came here a few days ago with a car. They bought an e-ticket ahead of time and didn’t spent any time waiting. They joined a separate waiting line and were in Kerch within an hour. So buy your ticket ahead of time on the internet. It will have the approximate time of crossing (a five-hour window), and it’s quick. The main thing is not to get hit by a storm.
But I think there will be lines in July and August. The overland route is closed. You know how things are over there.
Prices:
Everything has gone up. Especially alcohol. The alcohol prices have doubled and even tripled since last summer! Dessert Massandra now on average costs 700 rubles. Inkerman and dry wines are cheaper, of course. Many wines in Moscow cost less than here. They say that the wineries are re-establishing themselves and are selling off their stores from 2013.
Wines are also available for decanting into personal containers, and they are much less expensive. Not everywhere, but there are places where they are even very good. We live by them. For example, my favorite South Shore Muskat costs 420 rubles per liter.
Alcohol is not sold after 11pm.
Food prices are nearly Moscow’s.
Restaurants are also more expensive.
What’s there to add? Crimea prices were always like in the capital. I’m referring to the coast. And many were always surprised by that.
Expecting that the old prices would remain while they are increasing all over the world would be odd. 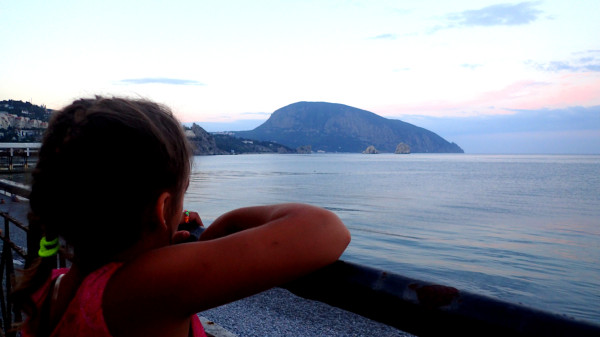 Lodging:
The local prices are astronomical. But as long as the demand does not exceed the supply, there’s always room to haggle. People here have always lived off renting their housing–that’s their business. My view is that one should rent only on the spot. One can quickly and easily find comfortable lodging. One can ways agree on a discount. But only on the spot. If you try to reserve ahead of time, you may pay more than you should and not get the best comforts. After all, not everyone can offer their lodging via the internet, which means those who can are hiking their prices.
Nearly all of my neighbors and friends have rented their lodging to tourists. Therefore it makes no sense to talk about an empty season and starving locals.

Water:
As you know, Crimea doesn’t have its own water source. But they haven’t turned it off last year, and this year it is available 24 hours a day. I remember the ’90s, there was a year during which water was turned on once every three days! And even then only for an hour(!). In summer heat. It was pure hell. You fill all the containers, buckets, pails, everything that can hold water. One couldn’t even wash. In the early ’00s there were years when water was available only in the morning and evening. They saved water as much as they could. As far as I remember, the limitations were due to leaks from reservoirs.
In actuality there are sufficient artesian and internal sources to provide for all the basic needs (not counting the agriculture). Even during a dry summer.
But this year was rainy so there’s an abundance of water. The forests are full of mushrooms and mushroom pickers.
One can even encounter puddles in the mountains, which I don’t remember seeing in a very long time. Creeks are overflowing as if it were still the spring, not the summer. 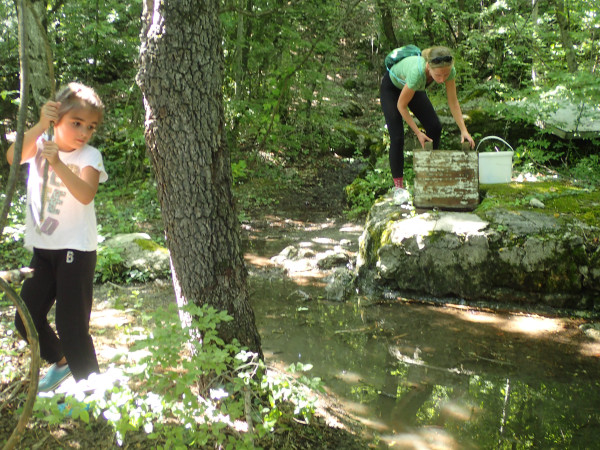 My observations:
The public coming to rest in Crimea has changed greatly. You encounter artists at every turn in Gurzuf. There are many fidgety ladies in hats combing through local museums and scouring the old corners. There is a lot of counterculture youth, most of it from Russia, naturally. It used to be that the Russians came here only from St. Pete and Moscow. Now they come from all over. There are also vacationers from Ukraine. Naturally, it’s hard to get through. There are no direct crossings. Therefore they arrive at the border in their cars or buses, then get across the border and use Crimea’s transport network. Russian citizens have only two options: plane or ferry. 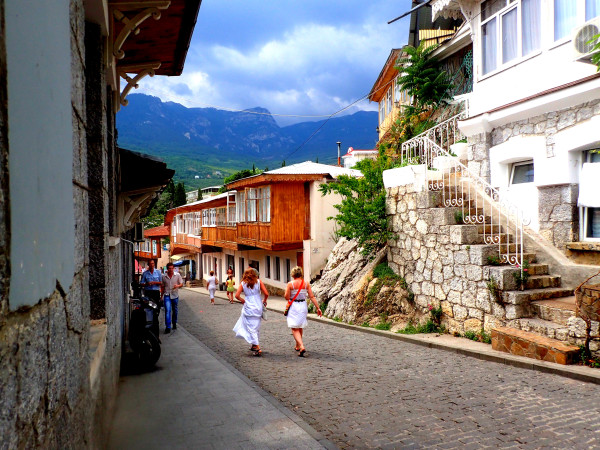 I love this peninsula in any condition. It’s the most beautiful, most striking place on the planet. Please, don’t fill comment space with assertions there are places better. I’ve been places.
And I love Crimea in any condition–even without water, without vacationers, and with problems.
It always was unjustifiably expensive. People always came here and complained that it’s cheaper in Turkey or Egypt. It’s ALWAYS been like that. It’s like that right now.
If it weren’t for our house, I’d live a nomad’s existence here–in tents, in places like Cape Aya, Laspi, or the Fox Bay. I’d come here in September, June, winter, summer.
Crimea for me is, first of all, the amazing nature preserves, the unreal bays, the beautiful mountains, and my beloved sea.
One should not expect Crimea to be a cheap version of Europe. It never was that.
But it is one of the best places on the planet. And it’s well worth visiting over and over again.
It’s a special place. 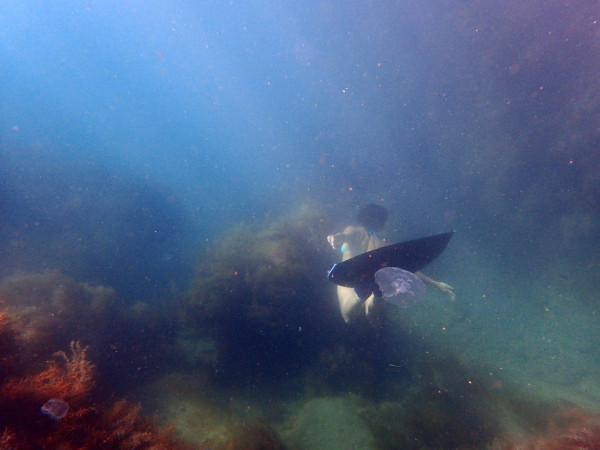 Lugansk and Donetsk accuse Kiev of ripping up Minsk II

Ride along as a Swiss reporter rides with Ukrainian volunteers…

New Anti-Iran Sanctions in the time of Covid-19? US Economic Terrorism

UK NHS To Abandon Those Less Likely to Survive, Over 12,000…

Prev Next 1 of 5,031
Popular Topics
Advertisements